The Society is commended regularly for its work. Important awards include those from the Athens Academy (twice) for its publications and literary activity, and from the Athens Academy (twice) for the scientific research by Christos Baloglou, one of its honorary members. It has also received awards from every educational and cultural institution in Greece, most notably the Aristotle University of Thessaloniki (AUTH), the Society for Macedonian Studies, from various internationally recognized organizations, and from our own national and local organizations operating abroad. 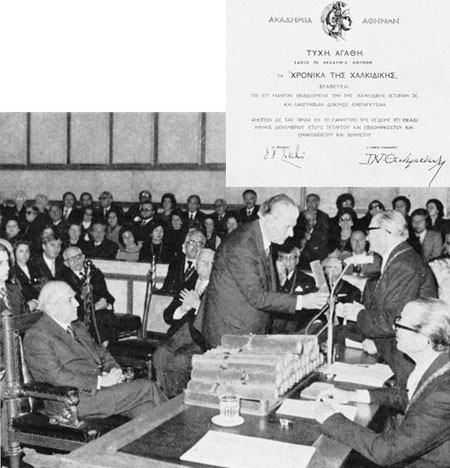